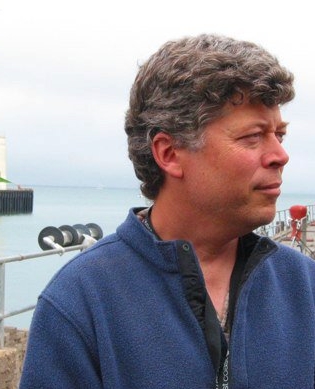 Darrel was first inspired by a slide show given by Simon Velez at the Big Island Bamboo Conference in Hawai’i twenty years ago.  For him, bamboo fit all of the criteria for a material that could be used without damaging ourselves or our future ability to build.  DeBoer has built an architecture practice, DeBoer Architects based in the Bay Area, around finding less expensive ways to use natural building materials in construction.

DeBoer has been Northern California Chapter President of the American Bamboo Society as well as a supporter of BOTA (Bamboos of the Americas conservation projects).  He has spoken at and attended bamboo conferences in China, Colombia, Costa Rica, Ecuador, India, Thailand and Vietnam as well as led workshops in the building of several dozen bamboo structures. In California, DeBoer gives about a lecture a month on natural building and has taught at numerous Universities.  He is the author of the bamboo chapter in several books, including Alternative Construction (ed. by Elizabeth & Adams, 1996), and The Art of Natural Building (Smith, Kennedy & Wanek). 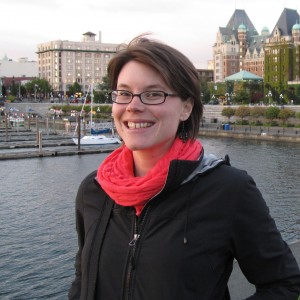 Groth first heard about bamboo architecture at a presentation on the work of Simon Velez in Florence, Italy given by Colombian architect and bambusero, Mauricio Cardenas.  She received a Watson Fellowship in 2006 to study the traditions and practices of building with bamboo in Asia and Latin America.  During her Watson year, Groth had internships with the bamboo housing department at the International Network for Bamboo and Rattan in Beijing, bamboo designer Martin Coto in Costa Rica, and Viviendas Hogar de Cristo in Guayaquil, Ecuador.  She has attended bamboo conferences in China, Thailand, Ecuador and the United States and has written an article about the stigma of bamboo in Guayaquil for Column 5, the University of Washington School of Architecture Magazine.

Outside of bamboo, Groth has studied architecture in Italy, England and Denmark, and was the volunteer coordinator for Habitat for Humanity Mexico Lent Build 2008.  She has a BA in Biology from Pomona College and a Masters of Architecture from the University of Washington.  She spent 2010-2011 as a Valle Scholar at the Aalto University Wood Program in Helsinki, Finland.

Referrer Plugin made by Electric Guitars.